The last stage of #WowCopaAmerica is approaching and the next stop is at BlizzCon 2017!

The 2017 World of Warcraft Copa America is coming to a close. Read on to know what went down in the group stage this last weekend.

On the first day, the show begins with a PVPLAB vs Metodo LA. match in group A. The current Brazilian champions suffer an unexpected defeat. But this didn't break their spirit. With two back to back victories in the group, they were classified and lived to fight another day.

Unitas Black fought bravely in two back to back matches, using their Shaman (Restoration) – Priest (Shadows) – Warlock (Demonology) composition. Neither Last Chance nor Metodo LA could stop them, and they cinched their classification for the Playoffs.

Lose the battle, win the war

The team Outplayed conquered its place among the best, opening the second gaming day with a sweet victory over Warlive. Right after that, they landed a killing blow on Fake Brothers, earning their spot among the four best.

Meanwhile, things didn't look so good for xD, who lost their first match in the group. But, as the masters of war say, "Lose the battle, win the war!” - With an amazing performance, the team's synergy overwhelms their adversaries, they go on a winning streak and cinch their spot in the Playoffs.

Onwards to the Finals 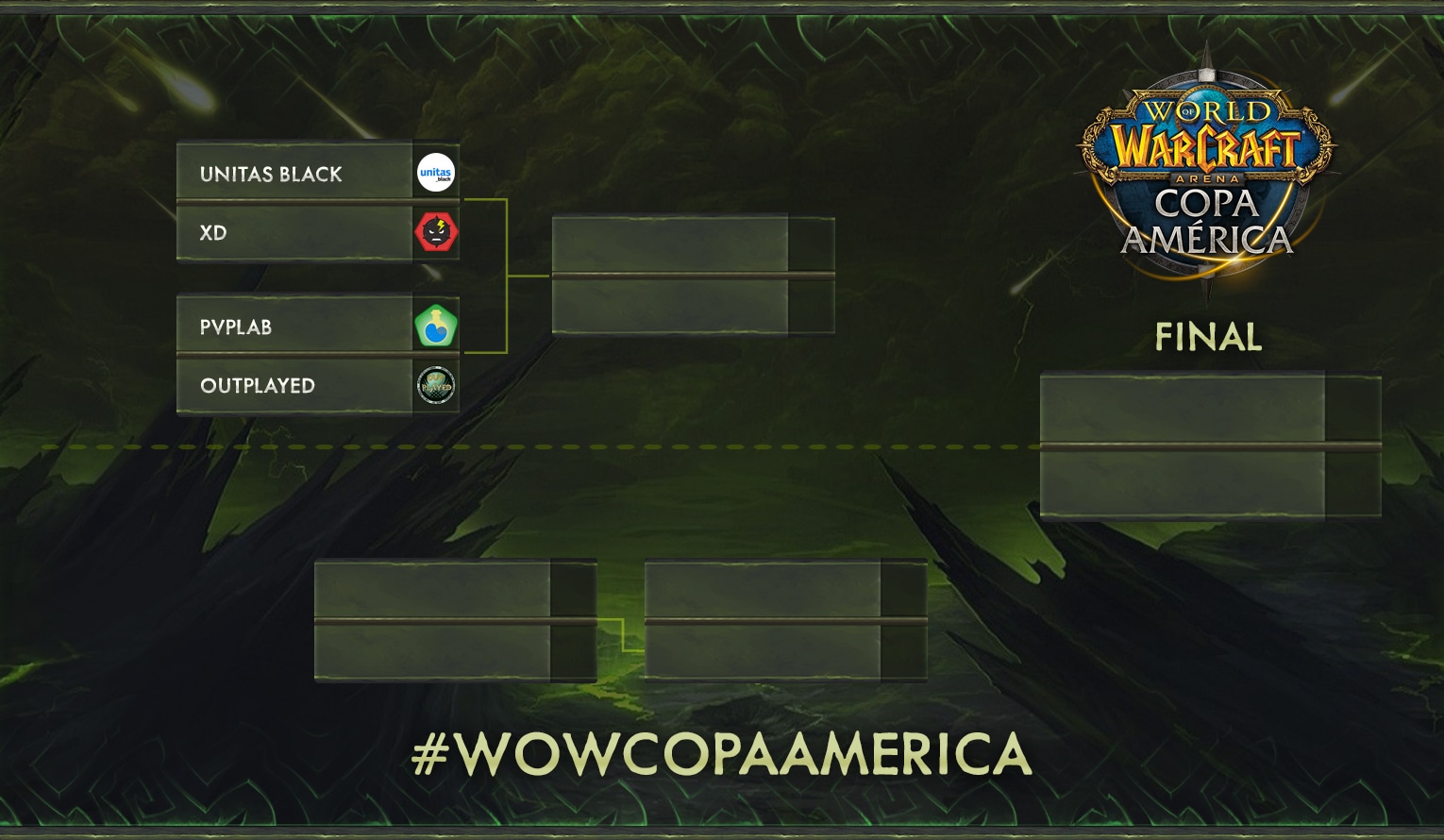 Our valiant gladiators are getting ready for the last stage of the show and you won't want to miss it. Se below all the information you need to follow the biggest World of Warcraft spectacle in Latin America.

Be a part of this celebration and cheer for your favorite team using #WowCopaAmerica! C'mon, don't miss out!