The group stage of StarCraft II Copa América is about to begin!

War sirens sound off once more in the Koprulu sector, and after a laborious qualification process, the best Commanders from Latin America have been chosen. But there's no time to rest now as they challenge each other with only one goal in mind – to advance to the next stage of StarCraft II Copa América.

Commanders from all corners of Latin America have answered the call, and the most distinguished ones didn't waste any time.

Diego "Kelazhur" Schwimer, still training in South Korea, have no intention whatsoever to surrender their hegemony in the region and will be the players to beat this season. Hot on their heels is

Pablo "Cham" Blanco, who had an excellent season in 2017, when he came very close to a spot in the grand World Finals. This year, the Mexican zerg doesn't want to miss the event and will try to hit the ground running and crush any rival who gets in his way.

They aren't the only contenders though. Latin America has evolved continuously, and players from many countries have proven to be true challengers. The legend

Felipe "Halfbreed" Zúñiga is back in action and wants to make up for lost time and find his best form again, one step at a time. His fellow countryman

Rodrigo "Jarppi" Hinojosa has become a new Terran menace and probably the best player in their homeland. Sebastián "eGGz" Latorre is another rising star in the region. The Colombian zerg had a great start this year and hasn't rested on his laurels. He has maintained a high level of play and can be a tough opponent for anyone. Lastly,

Erik "Erik" Braga comes to the stage willing to show he's ready for greater challenges. Brazil's #2 player has performed consistently over time, and now is the perfect opportunity to make the leap and land amongst the best, alongside his colleague Kelazhur. These are just a sample of the region's greatest talents - many more will come to show what they are capable of.

The playing field is becoming more evenly matched in Latin America. Old legends and new talents will face off in intense battles to determine the eight best players from the region. Only they will have the chance to play for the honor and glory of being crowned champion of StarCraft II Copa América. 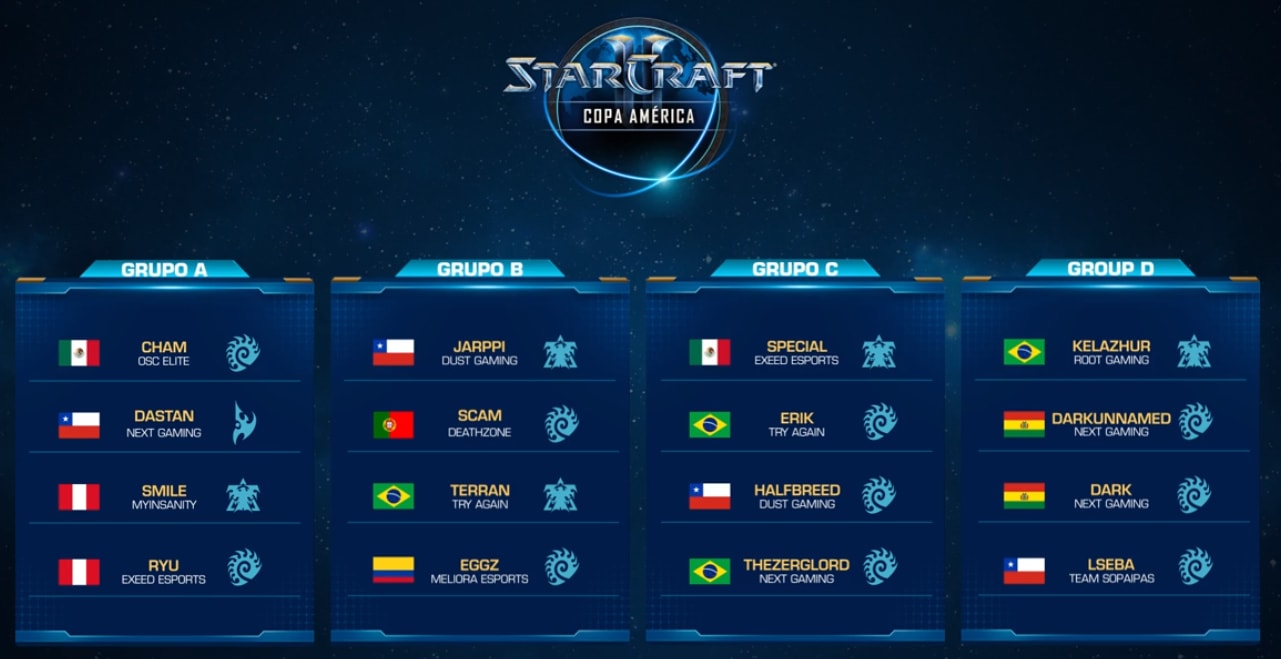 The best representatives in the region will meet to determine the next StarCraft II Copa América champion. Don't forget to support your favorite player from April 18 to April 22 using the #SC2CopaAmerica hashtag in our social media and to check all the updates in our official site.