The # SC2CopaAmerica 2017 will reach its epic final this weekend!

StarCraft II Copa America has lived a year full of emotions and games that have left us breathless thanks to the spectacular performance of the commanders of our region.

They will be in charge of the last big battle of this season, not only fighting for USD $ 10,000 in prizes and the 2 qualifying seeds for the global circuit in WCS Montreal, but also valuable points to secure a spot in the upcoming BlizzCon 2017 later this year!

The Brazilian Terran Kelazhur is looking forward to add another title in his collection, but SpeCial (MEX) is waiting for him with the best of his arsenal to defend his throne as the champion. In addition, the best Latin American Zerg  as of today, Mexican player Cham, who has gradually joined the elite of the region forming a dangerous trident that seeks glory at an international level.

Jarppi (CHI), ScaM (POR), ByRada (VEN), Ryu (PER) and eGGz (COL) will also play in this final phase of this last season, 5 dangerous players who will seek to prove that their solid growth is not a mere coincidence. 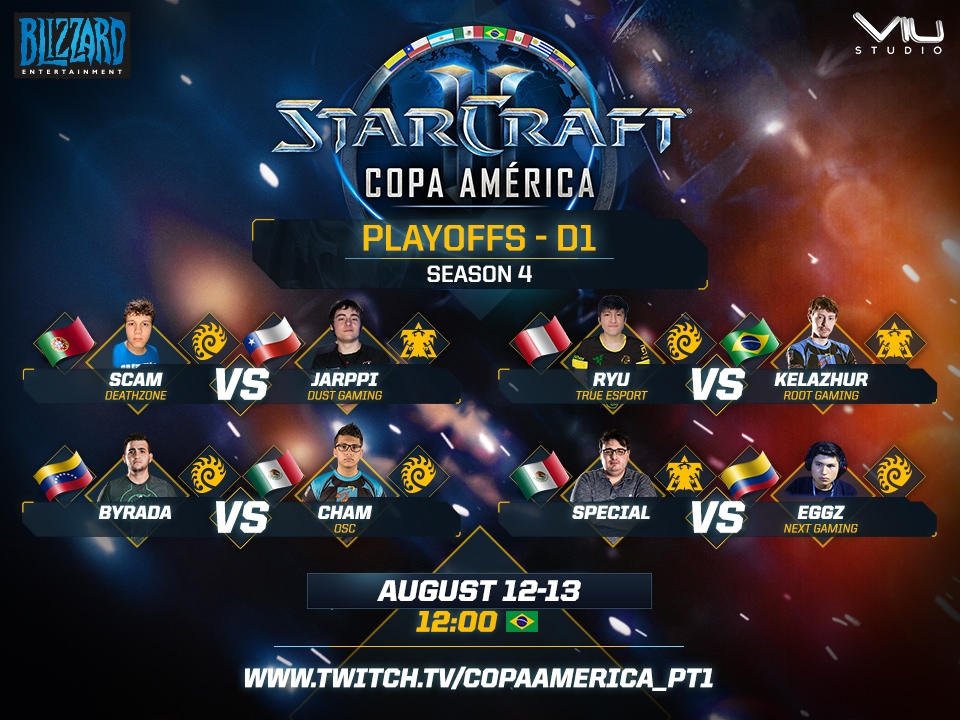 Don’t miss out on this final epic and engage with us by using the hashtag # SC2CopaAmerica to share your passion with the entire Latin American community!