Get your cards ready for the 2017 Hearthstone Copa América!

Latin America is celebrating the return of its most iconic Hearthstone tournament. Copa América will be back in 2017 at full strength, awarding incredibly valuable HCT points as well as a prize pool of $30,000 during three very promising seasons organized by Blizzard Latin America and ESL. 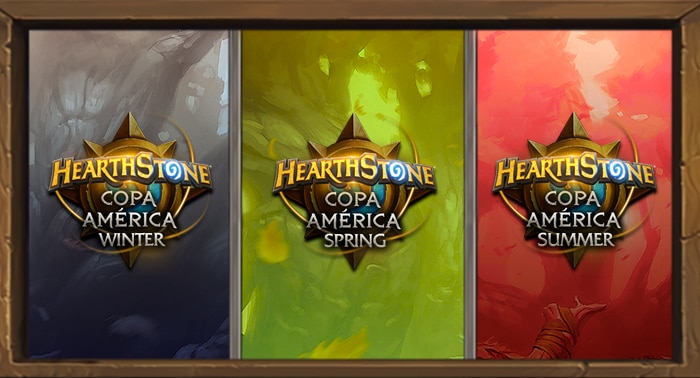 Each Copa América season is a unique opportunity for Latin America players. This event will be connected to the 2017 Hearthstone Championship Tour, granting points in the Major category for the Winter, Spring, and Summer tournaments of the global standings.

What will be the format of the 2017 edition of the Copa América? 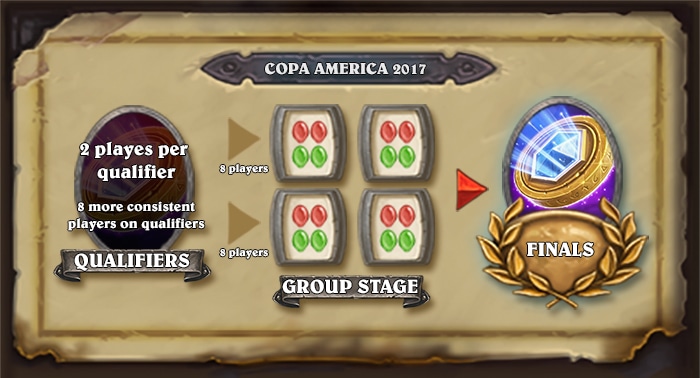 When does the 2017 Copa América start?
The first season of the 2017 Hearthstone Copa América begins during the first week of January.

* The links for applying to the qualifiers will be made public next week.

How can I follow the entire Hearthstone Copa América action?
The most prominent players in the region will defend their honor, and the official Copa América casters will be commenting on and scrutinizing every bit of the action in the Group Stage as well as in the Season Finals through our official channels in TwitchTV, both in Portuguese and in Spanish, so that you can support your favorite players without missing anything!

So, join the tavern, put your skills to the test to become the new Legend in Latin America and share your opinion with us using the #HSCopaAmerica hashtag on Facebook or Twitter, as well as on our own social media: Blizzard eSports Brazil.

Get your decks ready. The battle is about to start!