Copa América´s tavern open its doors and it´s ready to provide thousands of emotions. Hundreds of players tried, but only few were able to advance to the season fiinals. Featuring new challengers entering the fight from all over the world, the expectations are over the roof! Don't miss it!

The second season of the most important Hearthstone tournament from Latin América is coming to an end. Only 16 players survived the difficult process of Open Qualifiers and Qualifying Duels, and all of them will be traveling to Rio de Janeiro (Brasil) to find out who will become the new legendary Copa champion.

Two of the biggest contenders for the crown are the Americans Muzahidul "Muzzy" Islam and Paul "Zalae" Nemeth. Both of them qualified in excellent form and are looking forward to get their first title at Latin American soil. But local heroes such as Lucas "Rase" Guerra (current champion, Brazil), Facundo "Nalguidan" Pruzzo (Argentina) and Francisco "PNC" Leimontas (Argentina) will put everything they got to keep the trophy at home.

Europe and Asia are no exception. Danish Frederik "Hoej" Nielsen and British George "BoarControl" Webb are fealess menaces for the rest of the players. Meanwhile, Taiwanese Liu "ahqShaxy" Wei-Chieh will try to show up why he was considered one of the best players from 2016.

With the ammount of elite players taking part of Copa America's Group Stage, this event promises matches full of epicness. Just check out the group distribution: 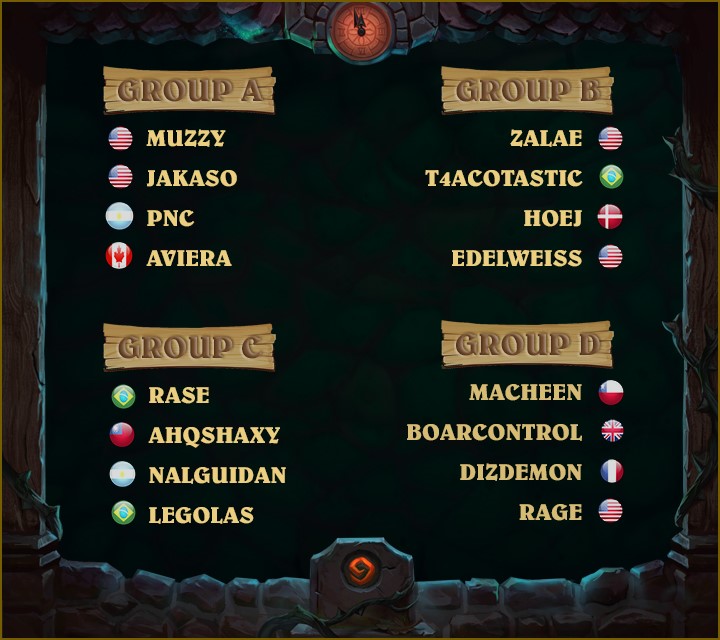 Only one player will make history during Copa Finals weekend. Join the conversation and support your favorite using the hashtag #HSCopaAmerica!